To members of the Nepal Street Vendors Union (NEST)

We, StreetNet Regional Focal Point are disturbed and saddened to hear of your ongoing struggle at Kathmandu, Nepal.

As fellow affiliates we would like to offer our solidarity to members of the NEST as you fight for your right to take legitimate strike action, agitation and to have the opportunity to negotiate with your Government and local municipal body over issues of Street Vendor’s Right.

The reported refusal of the government to come to the table to provide alternative solutions which could address street vendor’s pleas is unacceptable as is the alleged intimidation of and threats of snatching livelihood of striking street vendors of Nepal.

We stand beside you in this dispute and will be ready to take all lawful action should an outcome which is deemed reasonable to both sides not be reached in the near future.

The Street Vendors (Protection of Livelihood and Regulation of Street Vending) Act passed by the Indian Parliament on 19 February, 2014 is no doubt an enabling legislative instrument aimed at empowering the lives of more than 12 million urban street vendors and hawkers of India. It is the first forward looking progressive central legislation any country has ever legislated in favour of street vendors. The legislation has several provisions to protect livelihood, social security and human rights of those millions of urban street vendors who have been facing several barriers and onslaughts of the municipal bodies and the police across cities and towns.

If implemented properly, the legislation would put stop on menacingly high ‘extortion money racket’ run by cops and municipal inspectors in almost all urban areas and enable street vendors to build direct links with governance institutions. The participatory linkages developed between the street vendors and the urban bodies would contribute to designing, preparing and implementing more inclusive city development plans.

National Association of Street Vendors of India (NASVI) which has been at the forefront leading the struggle of street vendors for a comprehensive and effective central legislation has hailed the enactment of the law, thanked the government and the political parties and called upon the street vendor organizations to take out victory processions in cities and towns.

Hailing the historic legislative development, NASVI national coordinator Arbind Singh has said, “We really struggled a lot. Years long campaign and advocacy interventions took many twists and turns, but at the end of the day ‘We Fought, We Won’”.

The legislation states that at least 2.5 per cent of a city’s population would be eligible for getting vending certificates and it would be mandatory to form Town and Zonal Vending Committee in each and every city. Such committees would have 40 percent representation of elected representatives of vendor organizations, 10 per cent of NGOs and rest of town planners, administrators, police and elected peoples representatives.

The legislation greatly empowers the Town Vending Committee (TVC) and gives it power to decide ultimately on almost all issues of determining the vending zones.  It does also have strong grievance redressal mechanism. The most salient feature of the legislation is its overriding effect over all state and municipal laws as well as police acts.

Many experts on informal economy and retail trade in India believe that the legislation would trigger organizing among street vendors and a major task would be to ensure the proper implementation of law.   They also opine that the struggle for real implementation of the law would essentially be a battle for municipal and police reforms in India.

How We Fought, How We Won

Chronicle of Struggles for Central Law

Wide ranging changes in political economy and policy environment in 1990s posed several challenges. One of such challenges was countering the growing marginalization of urban poor like street vendors and struggling as well as advocating with governance institutions demanding effective policy, legislations and rights based social protection programs for vulnerable urban groups.

NASVI began its journey in 1998 at that critical juncture.

It was face to face with the challenges coming in the wake of economic reforms and urbanization.

Efforts of networking running for years right from 1998 to 2003 yielded positive results and a large number of street vendor organizations, community based groups and trade unions across different states started joining the platform of NASVI. NASVI took a formal shape in 2003. Large scale coming together of membership organizations of the poor enabled NASVI to trigger the process of organizing and simultaneously raise the pitch of advocacy with urban local bodies, state governments and national government.

Struggle to Reclaim Rights and Entitlements through Court

Process of organizing also capacitated the vendor organizations to move courts to reclaim their rights and entitlements. Many judicial announcements came up in favour of street vendors.

·        During struggles, three vendors sacrificed their lives in Lucknow, Patiala and Gwalior fighting against the municipal bodies

·        A few state governments did demonstrate their political will and policy implantation picked up, especially in Madhya Pradesh.

As the implementation of policy had not been satisfactory in several states, NASVI in 2009 decided to fight for both policy implantation as well as enactment of central law to protect livelihood and social security of street vendors.

October 2010 verdict of Supreme Court of India came as a shot in the arm for NASVI. The Apex Court said in its verdict t that the vendors had fundamental right to carry on their businesses under Article 19 (1) g of the Indian Constitution and the said right must be protected by a law. The apex court directed the appropriate government to enact law for vendors by 30 June, 2011.

Here are some major initiatives:

·        NASVI took up the issue of central law with UPA President Sonia Gandhi led National Advisory Council (NAC). It raised the pitch of its campaign both on advocacy front and on streets. The NAC deliberated on the issue in its several meetings. In May, 2011, it recommended for a central law to the Government of India

·        NASVI urged all its member organizations to organize protests in their cities on 14 July, 2011 mounting pressure on the government to initiate process of law making. The protests were held in at least 30 cities.

·        First Turning Point: On 18 August, 2011 thousands of vendors gheraoed the parliament demanding central law and a 7 member NASVI delegation met MHUPA Minister with a 10 point Charter of Demands. The minister agreed that the problems of vendors could only be solved through a law.

·        NASVI organized a huge national convention of street vendors on cities for all theme on 19 November, 2011 in Delhi. MHUPA Minister Kumari Selja inaugurated it and announced that the government would bring in central law for street vendors as well as a scheme in 12 Five Year Plan.

·        The process of drafting law started and Draft Bill got prepared. NASVI provided vital inputs to make Draft Bill an effective one.

·        On 17 August, 2012, the Union Cabinet approved the Street Vendors (Protection of Livelihood and Regulation of Street Vending) Bill

·        On 18 August, 2012, NASVI called for nationwide celebration hailing the Union Cabinet approval to the Bill.

·        The Bill had many key provisions enabling vendors to get access to rights and entitlements, but also had several shortcomings.  When the street vendors came to know about the shortcomings, they raised their voices and points of amendment to the Bill.

·        Subsequently, the Bill was sent to the Standing Committee of the Parliament

·        In November and December, 2012, NASVI presented its concerns and points of amendments to the Bill before the Standing Committee.

·        On 13 March, 2013, a huge Street Vendors Parliament took place in Delhi. On the day, the Parliamentary Standing Committee on Urban Development tabled its report on the floor of the houses.

·        On 1 May, 2013, NASVI organized ‘Dialogue of Street Vendors with Political Leaders and Civil Society Representatives to Convert Street Vendors’ Bill into Act’ in Delhi. On the day, the union cabinet approved the revamped Street Vendors Bill.

·        In 2013 August, the street vendors across states again sent thousands of postcards and letters to the Congress president and the UPA chairperson Sonia Gandhi urging her to ensure the passage of the bill.

·        In last six months, NASVI kept sustaining the momentum and campaigned vigorously to ensure the passage of the bill by the Rajya Sabha.

·        On 3 February, thousands of street vendors had also marched to the residence of Congress vice president Rahul Gandhi demanding passage of the bill by the Rajya Sabha and end to rampant extortion and terror of police and municipal agencies.

·        Two weeks back, NASVI had also released an open letter to the heads of political parties urging them to ensure that the bill is passed by the Rajya Sabha.

·      Major Milestone Reached: Amidst raging protest campaigns and mounting pressure on the political parties, on 19 February, 2014, the Rajya Sabha also passed the Street Vendors’ Bill and thus Indian Parliament listened to the voices of street vendors of India.

A momentous phase is over….Up next new rounds of organizing and struggle for proper implementation of the central legislation. 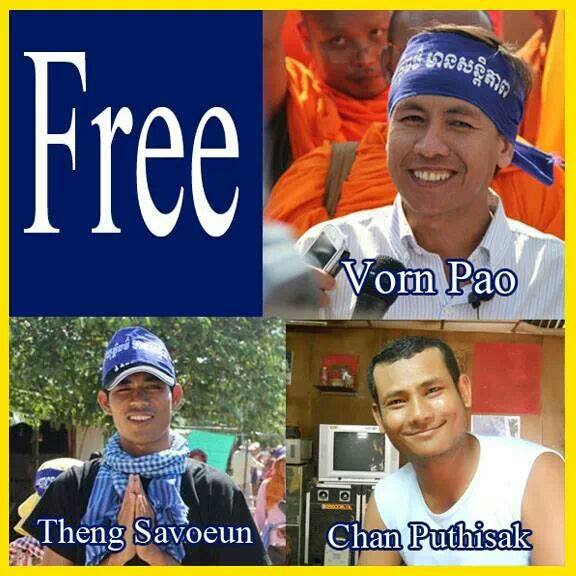 With assistance of OXFAM Belgium in Laos and in Vietnam, the agenda for StreetNet delegation was successfully implemented.

To expand StreetNet presence in the Mekong region, the delegation of five people was formed to visit South East Asia with the main purpose of the following:

The primary purpose of the Regional Focal Points is to serve as a link between the StreetNet Secretariat and StreetNet members, activities and issues.